We’ve all heard the hype: Canadian real estate is facing the deepest market correction in the last 40 years. But this isn’t the first time that experts have forecast corrections or crashes, none of which have materialized in recent history. So, let’s read between the headlines and examine some facts.

More accurately, prices are plateauing from the meteoric rise we experienced throughout 2021 and in early 2022. According to the Canadian Real Estate Association (CREA), the MLS Home Price Index edged down 1.7 per cent month-over-month in July, but it was still up 10.9 per cent year-over-year. While we have seen some easing in prices, the sky is nowhere near falling. In fact, there is relative stability in terms of market conditions, so buyers shouldn’t expect big bargains. Sales-to-active listings remain squarely in balanced territory overall and even tight in some areas.

“Canadian home sales are down.”

Rumour has it the biggest correction will take place in Canada’s most expensive housing markets: Ontario and BC, with a focus on Toronto and Vancouver, since the bigger they are, the harder they fall. However, both cities continue to show resilience—a traditional pattern—bolstered by strong demand, a finite supply of homes available for sale, higher household incomes, and greater equity at the top end of the market. RE/MAX REALTORS® in these regions have also noted a reversal in pandemic trends over the past six months, as work-from-home situations change and homebuyers rethink the exodus to suburban and rural areas.

Yes – from a historic low. The near-zero rate that Canadians have enjoyed and taken advantage of over the last two years helped boost the economy during the pandemic, but they also helped supercharge housing market activity and in turn, contributed to rising prices.

To counter that, the Bank of Canada implemented four interest rate hikes since March, with more to come. Per the latest numbers from Statistics Canada, inflation edged down to 7.6 per cent in July from its 39-year high of 8.1 per cent in June. While one set of data does not a trend make, this may indicate that the Bank’s monetary moves are having the desired effect on inflation. On the other hand, rising interest rates have increased the cost of borrowing, prompting some prospective homebuyers to move to the sidelines as they take a wait-and-see approach to navigating the market. And in true domino fashion, some would-be sellers are also delaying their plans to list, until demand picks back up and prices rebound.

All this to say tougher market conditions and a possible recession will be major market hurdles, but history reminds us that recessions often bring strong rebounds. There’s always a reason buyers say, ‘I wish I’d bought back then.’ Real estate has traditionally stood the test of time. Looking ahead, urbanization alone will be a significant boon to future housing demand, as Canada’s urban population is projected to grow by 10 million by 2050.

Here’s my prognosis: CIBC Economist Benjamin Tal recently said in a podcast that we’re enduring short-term pain for long-term gain, and this adage will certainly apply to Canadian real estate in 2022 and may filter into 2023, until greater stability returns. The Bank of Canada holds the key. If they are too aggressive, they will trigger a recession, Tal warned in his economic insights as part of RE/MAX Canada’s Unlocking The Future Report. If they proceed with caution, they should be able to bring inflation back to its target rate of two per cent and markets will settle. Time will tell.

Homebuyers who are engaging in the market for the purposes of securing a place to live should remember that real estate has historically been a stable and sound long-term investment not as prone to the same dramatic fluctuations as other investment vehicles. Most homebuyers buy and hold their principal residence for between five and seven years, and that time is increasing. Even if you bought between five and seven years ago and you find yourself in a situation where you must sell today, you’ll still likely come out ahead.

Buying intentions overall are expected to remain consistent, even if some buyers pause temporarily. While interest-rate hikes have edged up carrying costs, we can’t discount the effect of the tight rental market, which has seen average rents increase by double-digits year-over-year in the GVA and GTA. As potential buyers face those realities, many will still conclude that the benefits of ownership make better financial sense.

The negative headlines are attention-grabbing and panic-inducing, and there’s an old saying in the media industry: “if it bleeds, it leads.” So, don’t buy into the hype of the worst-case scenario. Instead, if you want to buy a home, buy one that you can afford now; stay within your affordability range, take a long-term view, and work with a professional REALTOR® who will help guide you in the right direction, toward a solid investment and more importantly, a place to call “home.” 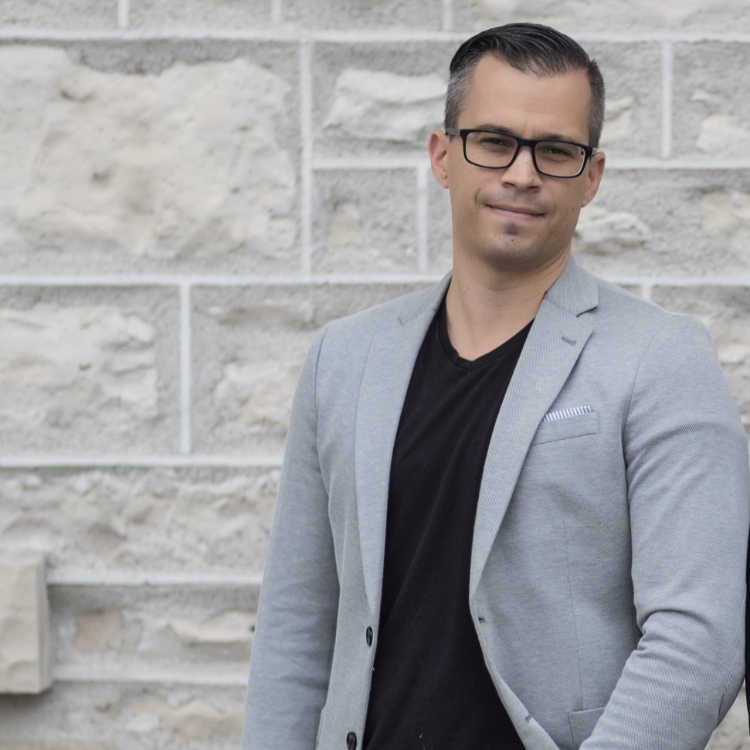 Being a life-long resident of Guelph attending Elementary, Secondary and Post-Secondary schools here, he has a vast knowledge of the City and the Surrounding Communities. Now raising his young family ....

We’ve all heard the hype: Canadian real estate is facing the deepest market correction in the last 40 years. But this isn’t the first time that experts have forecast corrections or

Tips for Selling a Home in a Buyers Market

In a buyer’s market, getting your property to stand out form the rest will take some creative know-how. A seller’s market occurs when real estate listings outnumber the number of

The Bank of Canada today increased its target for the overnight rate to 4¼%, with the Bank Rate at 4½% and the deposit rate at 4¼%. The Bank is also continuing its policy of

Canadian Real Estate Trends: Putting the Headlines into ContextWe’ve all heard the hype: Canadian real estate is facing the deepest market correction in the last 40 years. But this isn’t

By setting up an account you agree to receive updates on listings by these means. *

By registering, I agree to the terms of use and that real estate professionals from Nick Duszczyszyn and lenders may call/text about my inquiry, which may involve use of automated means and prerecorded/artificial voices. Message frequency varies. Text HELP for help or STOP to cancel. Messages/data rates may apply.
I would also like to receive email newsletters and periodic updates about real estate in my area.
I understand I can withdraw my consent at any time by clicking the "unsubscribe" link contained in the email.
In addition, I also agree to the Privacy Policy and Terms & Conditions.
RE/MAX Real Estate Centre Inc 1499 Gordon St., Guelph, ON N1L 1C9